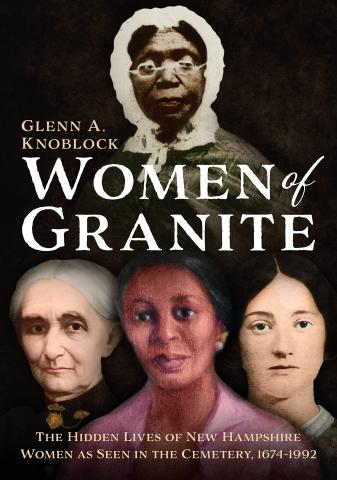 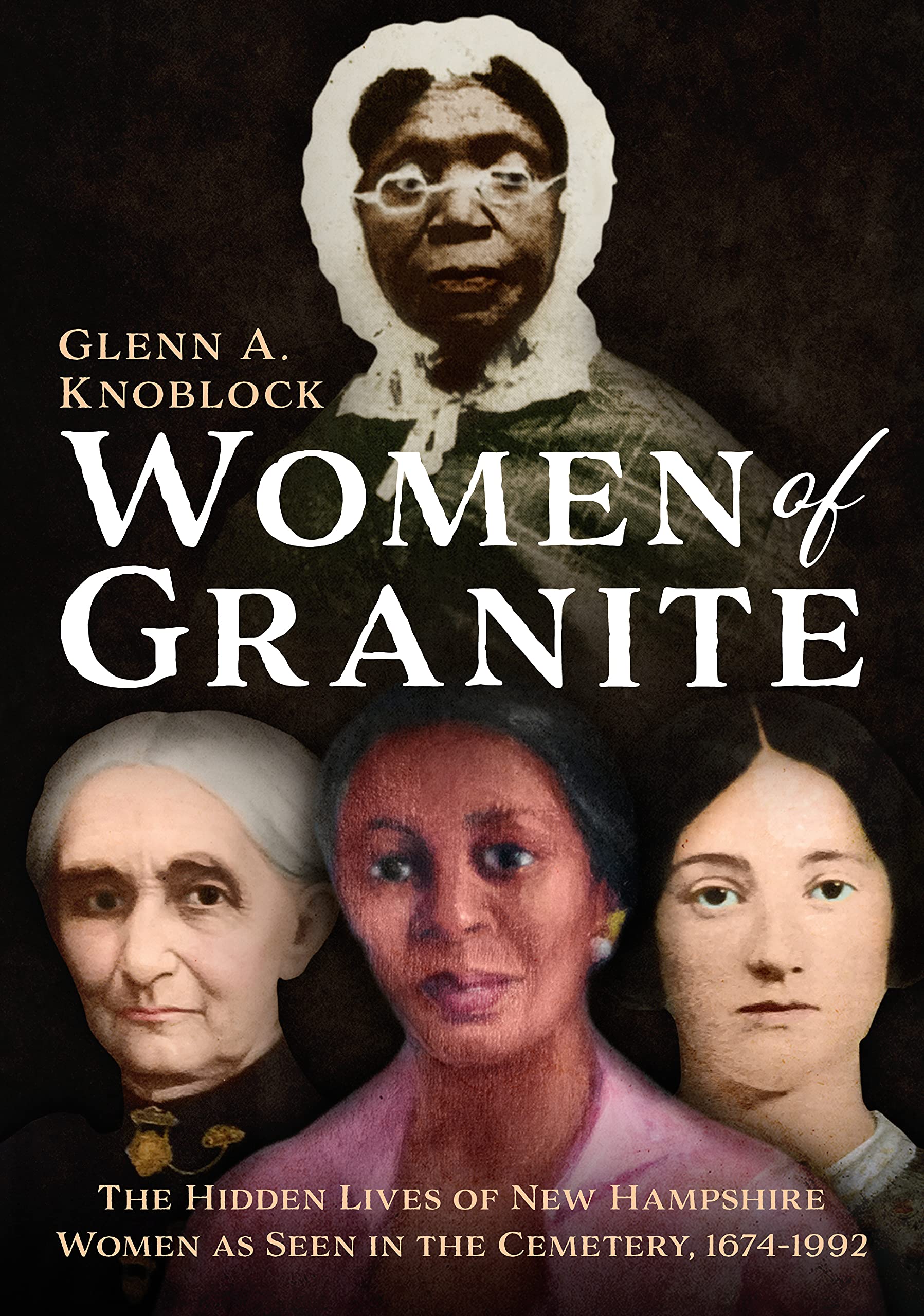 Join historian and author Glenn A. Knoblock as he shares the stories of women throughout New Hampshire history, from the perspective of the historic burial grounds and cemeteries located across the state. The silent gravestones and monuments within their confines, which mark the final resting places of women young and old, speak volumes. By examining them, we can learn much about their place in society, and how their status evolved from early colonial times down through the end of the Victorian era, and into the twentieth century. The details carved in stone can reveal to us the kind of day-to-day lives they led, as well as their accomplishments and the hardships and tragedies they endured. In his unusual and interesting book, Women of Granite,  Knoblock tells of women from the early colonial days, pioneer women who were among the first settlers in many New Hampshire towns, hard-working everyday women, both white and African American, women who performed heroically in times of war – women who broke barriers in a big way, and women who made their mark beyond New Hampshire on the national stage.

Registration is required. This event is free and open to all.

Glenn is a native of Ohio with New England roots. With a BA in History from Bowling Green State University (Ohio), he moved to New Hampshire in 1984 and has been there ever since. In his numerous works he has explored unusual aspects of New Hampshire history. He has specialized in African American military history, both at the state and national level. His work Strong and Brave Fellows: New Hampshire's Black Soldiers and Sailors of the American Revolution has been called by one reviewer "a powerful, uplifting, and shameful story, a profound tale." Nationally, Glenn is an expert on African Americans who served in the U.S. Navy during World War II, as documented in his book Black Submariners of the U.S. Navy, and has documented all known African American Naval, Coast Guard, and Merchant Marine casualties and award winners from WW II in yet another work.

What drives Glenn in his choice of research and book topics? "It’s all about recovering our lost history, and documenting the achievements and contributions of notable individuals whose stories would otherwise be lost." In continuing this mission, Glenn has been a primary contributor, in both print and online editions, to the African American National Biography Project, a collaborative work between Harvard and Oxford University Press.

Glenn's other interests include New Hampshire cemeteries and gravestone carvers, as well as historic bridges, both covered bridges and early iron and steel bridges, and maritime history. The American Clipper Ship: A Comprehensive History, 1845-1920, garnering acclaim across the world, was released in 2014. Glenn is also co-author of the popular book Brewing in New Hampshire, a historic and fun work documenting the brewing history of the Granite State! Recent books include African American Historic Burial and Gravesites of New England; Weathervanes of New England; Hope Cemetery which documents the incredible cemetery in Barre, Vermont; and Historic Meetinghouses and Churches of New Hampshire , an exhaustive study of these historic structures, which date as far back as 1712, and includes over 400 pictures in towns and cities all over the state.

Glenn's newest works, also released in 2021, include New England Shipbuilding and The Hidden History of Lake Winnipesaukee, both from The History Press. Glenn is also hard at work on two forthcoming works for Free People Publishing in New Hampshire, a book about the state's Civil War era soldier's gravestones, and, as a co-author with his wife Terry, a children's book about the true-life story of an African-American soldier and his service in the American Revolution.

Glenn is very active with the New Hampshire Humanities Council and, as part of their Humanities-To-Go program, lectures throughout the state on the topics he has written about. Glenn and his wife Terry, and their daughter Anna, as well as their Goldendoodle Shiloh, live in Wolfeboro Falls, NH.

This event will be held online on the Zoom platform. Questions or trouble connecting? Visit cityofportsmouth.com/library/news/onlineprograms.